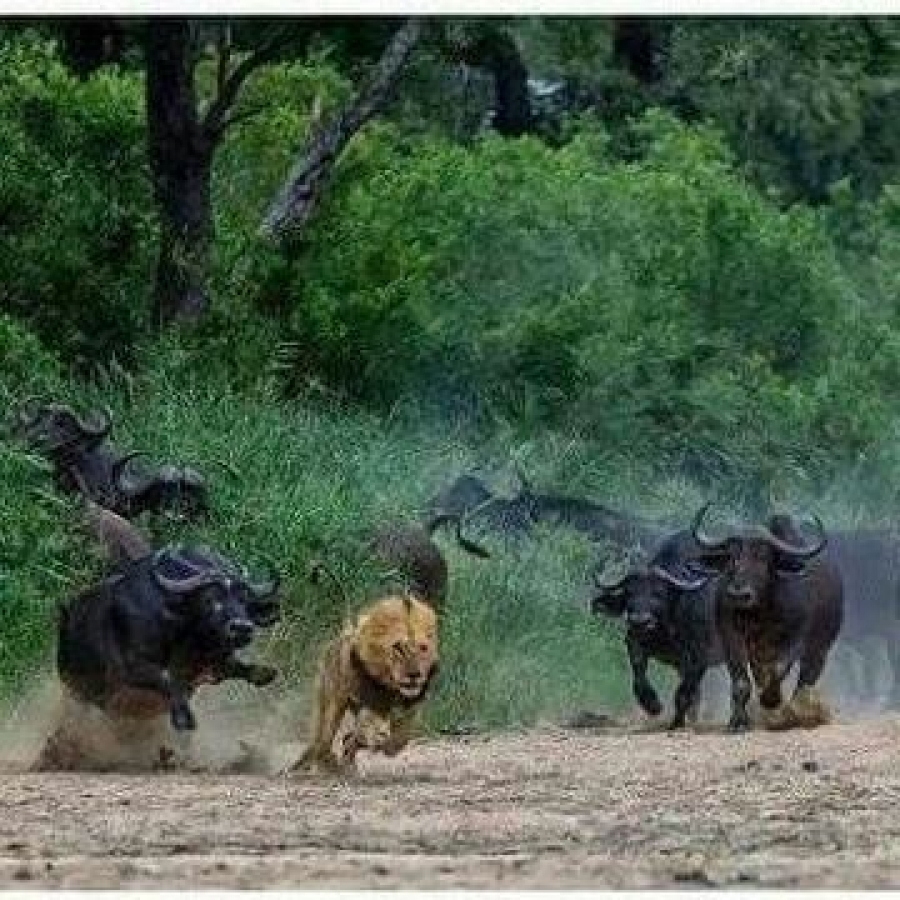 Met on arrival at Kilimanjaro International airport and transferred to the Naura Spring or Impala hotel for overnight staying.

In the morning after breakfast drive to the most famous park in Africa - Serengeti National Park. This park is a starting point for animal migration and it is famous for its wildebeest migration. Being Africa's most visited and beloved park, Serengeti still remains so vast and pristine offering unforgettable experiences of this untouched and untamed land.
The park is having numerous numbers of unique features and attractions among them include: The annual great wildebeest migration (whereby wildebeest, zebra and gazelle migrates from Serengeti National Park to Masai Mara National Reserve in Kenya and come back later in the year), the park is famous for its endless plains and the savannah vegetation that it owns, balloon safari and been the richest park full of wildlife and birdlife elsewhere in Africa.

Your tour guide will therefore take you back late in the afternoon at your lodge for hot shower, dinner and overnight in the lodge been Serengeti Sopa / Seronera Wildlife Lodge or Serengeti Serena.

In the morning after breakfast at your lodge you will meet your drive guide and collect your picnic lunch (optional getting back to the lodge for hot lunch) and start a morning game drive until noon when you will have your lunch and rest. After a rest you will have an afternoon game drive and then drive back to the lodge for hot shower, dinner and overnight at the Serengeti Sopa / Seronera Wildlife Lodge or Serengeti Serena.

In the morning after breakfast, depart with picnic lunch with game viewing en-route drive to Olduvai Gorge - a prehistoric site where the skull of 'zinjanthropus' the first upright man believed to have lived over 2 million years ago was found. Continue through the Ngorongoro rainforest to the crater enjoying the scenic ride full of pleasant animal surprises and picturesque views. Arrive at Ngorongoro Sopa lodge or Ngorongoro Serena Lodge for dinner and overnight.

In the morning after breakfast and with picnic lunch descends through the early morning mist into the crater, considered as one of the eight wonders of the world; home to the BIG 5: Black Rhino, African Capped buffalo, lion, leopard and elephant, all living in close proximity. There are some 25,000 large animals within the Ngorongoro crater itself, with zebra, gazelle, antelope and wildebeest abundantly present. You will also see some lion prides with the magnificent black-maned males. Ngorongoro crater is noted as fewer places in Africa that you can spot the black rhino and wild African dogs. In the late afternoon you will ascend the crater and driven to the lodge for hot shower, dinner and overnight at the Ngorongoro Sopa lodge or Ngorongoro Serena Lodge.

In the morning after breakfast you will be driving to Tarangire National Park and upon your arrival with your picnic lunch you will have a game drive to the park. The game drive will take you to the most prominent parts of the Tarangire including the Tarangire River which accommodates numerous numbers of wildlife and birdlife especially during the dry season. Tarangire is famous for its bird paradise, baobab trees, tree climbing African pythons and herds of elephant s among other parks of Tanzania. Other wildlife include the rare Oryx, gazelle, zebra, impala, lion, leopard, the rare cheetah and wildebeest among others wildlife. In the late afternoon you will be drive to Arusha to the Impala hotel or Naura Spring for hot shower, dinner and overnight in Arusha.

After breakfast you are met by our tour guide/driver, who will deliver a short safari briefing. Your drive will drive you to Arusha National Park with a jeep. Upon your arrival to Arusha National Park you can have number of activities to be done. These includes, walking safari accompanied with an armed ranger, game drive with the national park, bird watching to Momella lakes, hiking a little bit to Mount Meru which is located within the park and the second highest mountain in Tanzania after the Mount Kilimanjaro standing at 4566 m and have picnic lunch to the beautiful waterfalls of Meru.

Arusha National Park offers varieties of wildlife including capped African buffalos, elephants, hippos, giraffe, warthogs, antelopes, zebras, blue monkeys, velvet monkey, colobus monkey and varieties of retiles. At the Momella lakes you will see numerous numbers of birdlife which includes the resident and migratory once. Common species include the pink flamingos and pelicans but there are other 450 species of birds have been recorded to the park.
Also the park is famous and among the fewer parks in Tanzania which allows walking safari within the park been escorted by an armed ranger. You will be having time to take closer picture of such animals like zebra, antelopes and African buffalo along with birds on the trees.

Late afternoon you will have time to prepare yourself for a transfer to the Kilimanjaro International airport for your flight back home.

Book Safari with us.

Request for low season price that starts from 1st April to 31st. May, 2017

We are a reliable and competitive tour company, covering the most spectacular game viewing areas in East Africa. Our trip price is very competitive. We do package for safari in Tanzania, Trips to All Tanzania Parks, Zanzibar Beach & Mount Kilimanjaro climbing. Gorilla Trekking in Rwanda & Holidays in Victoria Falls. We serve the best of Kenya and Tanzania Safaris & Holidays.